A family owned franchise since 1993 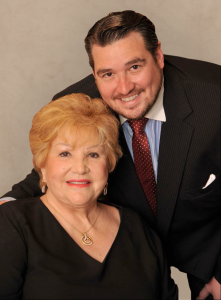 Warm southern hospitality is what Ruth’s Chris Steak House has been known for these past 56 years, and so it is no surprise that The South is where this family-owned franchise originated.

With humble roots growing up as a foster child in Toronto, Canada, Lana Duke moved to New Orleans, Louisiana at age 18 to start a new life. Lana founded her own advertising agency in 1975, created the sizzle for Ruth’s Chris, and eventually began opening her own Ruth’s Chris Steak House restaurants in 1993. This was the start of a beautiful journey that brought her to an incredible friendship with Ruth Fertel, and then into an industry that she has enjoyed every day since.

Now her son R. David Duke is her Co-Franchisee, and together they own and operate six restaurants in San Antonio, Texas and Toronto, Canada. David’s wife Lori joined the family business in 2010, and works at their administrative home office in New Orleans where they reside with their two children Jackson and Savannah.

With a family-first model in mind, The Dukes take a pause to share weekly meals together around their own table, which is the inspiration for the first-class experience they aim to bring each and every guest who dines inside of their restaurants for the past 28 years. Their shared principle is that Ruth’s Chris Steak House does not just make steaks, but memories that last for a lifetime. 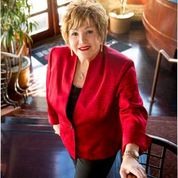 The Lana Duke story is the classic rags-to-riches tale, with many ups and downs along the way, but Lana’s legendary “do-it-right- and-never-give-up” attitude have always kept her moving ahead.

Born in St. Catharines, Ontario, Lana grew up in a foster home. She left Toronto at age 18 and moved to New Orleans, Louisiana with only $350 to her name. To make ends meet, she took jobs selling pots and pans door-to-door and as a short-order cook. Lana soon graduated to advertising, first at the Clarion-Herald newspaper in New Orleans, where she worked her way up to advertising director. Then, in 1975 with $10,000 in savings, she opened her own ad agency. Duke Unlimited would eventually become the largest woman-owned agency in the Gulf South. In the years to come, Lana Duke would often be called the “secret weapon” behind some of the great success stories in American business.

In 1968, she made a sales call on a single mother who was running a popular steak house on Broad Street in Mid-City New Orleans. Before long, Lana’s agency had the Ruth’s Chris Steak House account and Lana began a 26-year professional relationship and personal friendship with Ruth Fertel, Lana worked hand-in-hand with Ruth to develop the successful marketing program that helped grow Ruth’s Chris Steak House from two restaurants in Louisiana to the world’s largest fine dining steak house brand.

For Ruth’s Chris, Lana always kept her focus on selling the steak and the sizzle. “We took one central idea – the sizzling steak is the star – and stayed with it over the years, never wavering but refining the concept, expanding it and building a No. 1 brand,” Lana says. She became a trusted counselor within the Ruth’s Chris organization, becoming involved with much more than the marketing. Lana helped with troubled restaurants and guided them to successful turnarounds; she spent many long days with Ruth and other Ruth’s Chris executives, brainstorming ways to improve the business and to make it even more successful.

Such a believer in the product was Lana that in 1993 she became a Ruth’s Chris franchise owner, opening her first restaurant in San Antonio. The restaurant was profitable from the beginning, and Lana was able to repay her investors early. In June 2000 a second Ruth’s Chris debuted in San Antonio and has since had a very successful relocation to the Grand Hyatt hotel on the River Walk in 2013. In 2015, San Antonio welcomed a third location on La Cantera Terrace next to the Eilan Hotel.

In 1995, Lana opened her first Canadian location in downtown Toronto. This location was an immediate success and continues to be profitable after 26 years of service. Another Canadian location opened in Mississauga, Ontario in 2003 and made a successful transfer to a stand-alone building near the airport on Dixon Road in 2017. With the expansion of the Downtown Markham area, Ruth’s Chris now boasts a third location in the new Marriott Hotel on Enterprise Boulevard.

Today, Ruth’s Chris Steak Houses appear on “best restaurants” lists nationwide. Lana is especially proud that all of her restaurants continue to win the “Wine Spectator Award” year after year.

Today her son R. David Duke plays a big part in continuing her goal to grow her businesses, and Lana is able to focus more time and attention on giving back by helping to teach others how to be more successful. She is frequently asked to speak to a variety of business organizations, as well as to college and university audiences. Lana shares the advantages of having a vision, thinking big, delivering customer satisfaction, going with your gut and understanding the “Five P’s” of marketing – Product, Price, People, Place and Promotion. These are just a few of her suggested “Ten Tips for Success in this Crazy Business,” a speech she frequently gives to business and professional groups.

Lana takes a very personal interest in leading by example. She serves as a role model to the local children of Roy Maas Youth Alternatives, a San Antonio residence and counseling center for children between the ages of 5 and 17 who are in crisis. The children who come to Youth Alternatives are often abused and neglected, and are in dire need of shelter and care. Each year Lana opens her arms and her doors to the children of Roy Maas Youth Alternatives. From Thanksgiving jubilees to etiquette training dinners, she enthusiastically shares her story, her time, and her San Antonio restaurants with these children so they better understand what the future might have to offer. San Antonio’s Downtown Alliance named Ruth’s Chris as the “Best Restaurant with a Heart” due to Lana’s generous contributions and involvement within the San Antonio community. 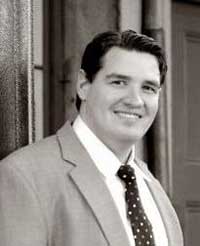 David is a New Orleans native that has always believed that hospitality is king. He started his official restaurant career at 15 years of age working during his summer vacation at Ruth’s Chris Steak House in Metairie, Louisiana. He worked his way up in positions from dishwasher to busser, learning every aspect of Ruth’s hospitality.

During college, David worked in several restaurant positions that included server, bartender, and manager of various restaurant chains. After graduating from Loyola University in 2004 with a BA in Business Administration, David was ready to focus on his career. He completed a two-month formal corporate Ruth’s Chris training program before moving to Toronto, Canada where he was employed as a server at the Toronto Ruth’s Chris Steak House location. Later, David was promoted to Front of the House Manager at RCSH Toronto and Mississauga, and continued this position until 2005.

In 2005, Hurricane Katrina hit New Orleans as one of the six deadliest hurricanes in U.S. history. David then decided to return to his hometown to assist with the recovery. There he began a new career working as an Account Executive at ABC Television. He overachieved by winning #1 overall new business executive in the country, and continued on this career path until December 2008 when he returned to his true passion working with Ruth’s Chris Steak House. He is currently a Co-Franchisee along with his mother Lana Duke and divides his time between locations in Toronto and San Antonio, Texas, continually growing the 28-year family-owned business she began by consistently expanding and renovating current locations.

In his spare time, David adores spending time with his wife Lori and their two children Jackson and Savannah. He also enjoys contributing to charitable endeavors that support under-privileged children within the Raintree Children and Family Services organization in New Orleans, Roy Maas Youth Alternatives in San Antonio, and Leukemia & Lymphoma Society of Canada.